A labor union owes its members a duty, known as the Duty of Fair Representation. This duty was first created by the United States Supreme Court in 1944 and has developed and changed since that time.

The Duty of Fair Representation requires that the union not engage in any conduct that is in bad faith, arbitrary, or discriminatory toward its members. This means that a union is required to act for, and not against, those whom it represents. The Duty of Fair Representation has been described as similar to a fiduciary duty, like that of a trustee to a trust, an attorney to his or her client, and a corporate officer and director to shareholders.

Bad faith in the context of Duty of Fair Representation is usually interpreted to mean fraud or deceitful or dishonest action. Arbitrary conduct is conduct that is so unreasonable as to be deemed irrational. And discriminatory conduct is conduct that is biased in the same context as employment discrimination, where it may be based on such factors as age, gender, national origin, religion, color, creed, and the like. In recent years, courts frequently add an additional requirement – that the plaintiff in a Duty of Fair Representation case must be able to demonstrate that the union’s breach of the duty was causative of the plaintiff’s damages.

Courts recognize the need of labor unions to have considerable leeway in their operations, but hold unions to this minimum standard of good behavior. A union does not, however, violate its duty of fair representation if it merely makes a bad decision or behaves negligently – it takes more than that to violate the duty. And courts have recognized that the union is vested with broad discretion to adjust the demands of competing groups within its constituency. Thus, disagreements over tactics and strategy will not, by itself, constitute a breach of the union’s duty.

It is often stated by courts that a union may operate within a “wide range of reasonableness.” Judicial review of union action must be “highly deferential,” particularly because a union must be accorded wide latitude to assure effective performance of its duties. A court, in other words, will not be called upon to decide whether the union made the best choice, or even a correct choice, but, instead, will decide only if the union behaved so badly that its conduct was in bad faith, arbitrary, or discriminatory. 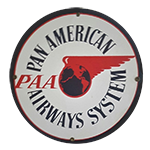 Perhaps the most important – or at least the most immediate – thing a union member needs to know about the Duty of Fair Representation is that it has one of the shortest statutes of limitations in all of law — six months from when the duty is breached or when a union member  reasonably would know of the breach. It is thus crucial to get prompt legal advice.

Send Us A Message

Get Your Probate Handbook

I was very pleased with the results of my visit to avvo.com

Michael S. Haber provided me with clear instructions regarding which forms to file in my defense against a frivolous lawsuit. I needed a clarification of what form(s) was/were necessary to file with the court to defend against the action brought. I thank him profusely for his expert guidance!